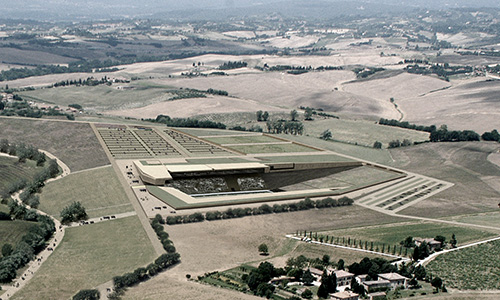 The practice has had a high success rate in architectural competitions; from 2000 to the present its efforts in this field have been rewareded with eighteen first prizes, six second prizes, three third prizes, two commendations; winning projects were then elaborated all in depth.

Among them, in 2004 they won the first prize in a Europe-wide competition in two phases, concerning the new Siena stadium (holding some 20,000 spectators) and connected equipments and infrastructures, with a project able to insert such an important complex of sport infrastructure in the delicate and picturesque context of the Tuscany hills.